The Five Star Awards program provides an opportunity to recognize employees of Finance and Budget, the Service Center of Excellence staff and Finance and Operations executive support staff for outstanding demonstrations of the five guiding principles.

Nominations for the All Star Awards program are currently closed. However, you can electronically submit a Gold Star Note or Rock Star Token at any time.

Service excellence means delivering quality services that add significant value. Beyond what is delivered, service excellence includes how we think and act. It goes beyond just answering a question and includes:

Innovation and continuous improvement means thinking outside the box and bringing new ideas to life. We must continually challenge ourselves to question current assumptions and look for new ways to add value and enable the success of University faculty, students and staff through effective, efficient, intelligent and innovative operations.
Carolina is fortunate to be comprised of individuals with exceptional talent. Together there is nothing we cannot achieve. We will work in collaboration and partnership with colleagues throughout our campus and the local community to embrace and achieve our individual and collective goals. We will do so with kindness, respect, appreciation and integrity.

To support a healthy, high-performing culture, we will:

We will act with integrity to properly steward the University’s resources and adhere to all applicable laws and regulations. We take this responsibility extremely seriously and are committed to exceptional management and leadership.
Electronically Submit a Gold Star Note or Rock Star Token
Gold Star Notes can be given by an eligible employee to any other eligible employee in appreciation of behavior that demonstrates one or more of our five guiding principles.

To give a note:

Throughout the year supervisors award Rock Star Tokens of Appreciation to employees who exhibit outstanding commitment to one of the five guiding principles. Each quarter, six token recipients will be randomly selected to receive a $50 gift from UNC Student Stores.
Download or print instructions for supervisors.

At the end of each year, six employees from the eligible teams – Finance and Budget, the SCE and the Finance and Operations executive support staff – will be selected to receive the All Star Award. This award is given to employees who have broadly demonstrated the five guiding principles throughout the year.

Nominate an All Star!

In your interactions with eligible employees, is there an employee who you think best exemplifies the Guiding Principles? If so, then nominate them for an All Star Award when nominations open in February 2022.

Any permanent employee in the eligible teams – Finance and Budget, the Service Center of Excellence and the Finance and Operations executive support staff – who works 20 or more hours per week is eligible for the award, with the following exceptions:

All UNC-Chapel Hill permanent employees may nominate an eligible employee for recognition (with the exception of selection committee members).
To nominate an employee:

Regardless of the number of nominations, each nomination will be given the same consideration.

The selection committee consists of the leadership teams from the units involved. Rules governing the selection of the six All Stars are: 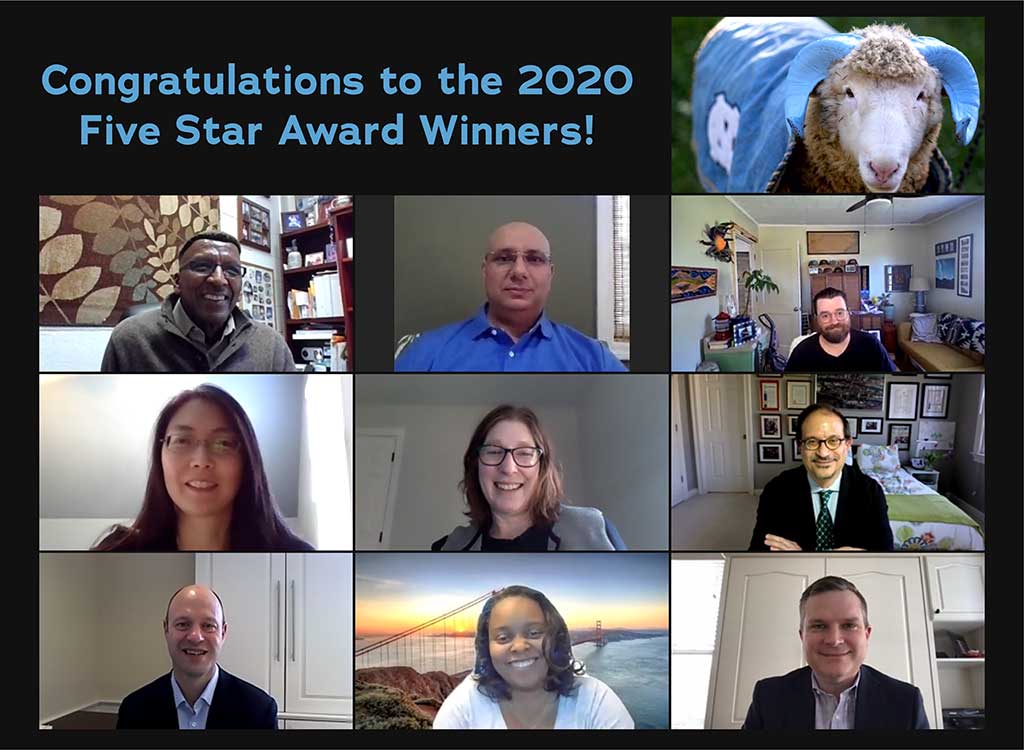 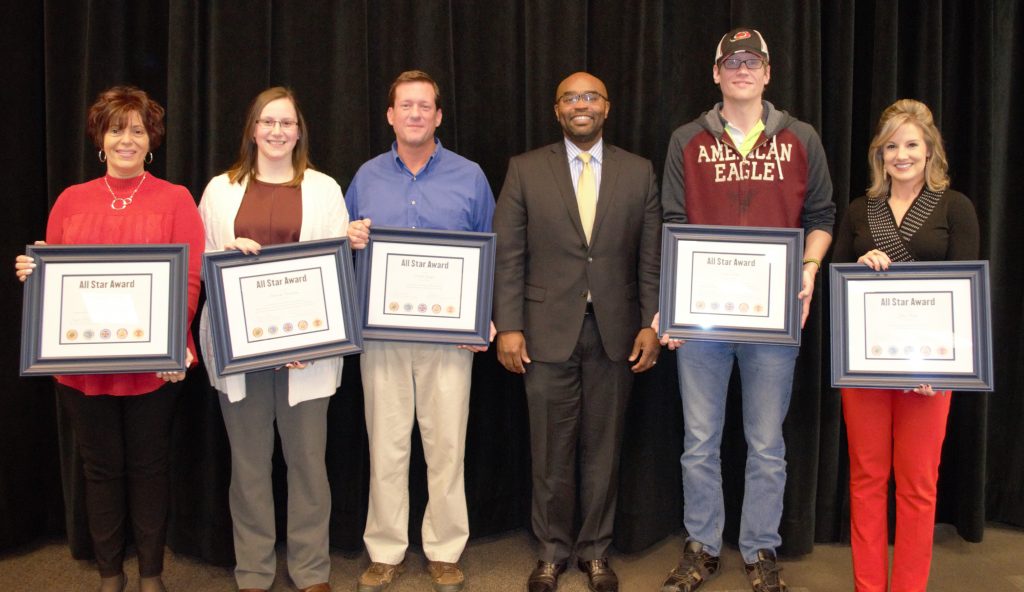 What About Team Awards?

Teamwork and cooperation are critical to the success of every organization. This employee recognition program has been developed to reward individual efforts, whether those efforts are accomplished alone or while working on a team.